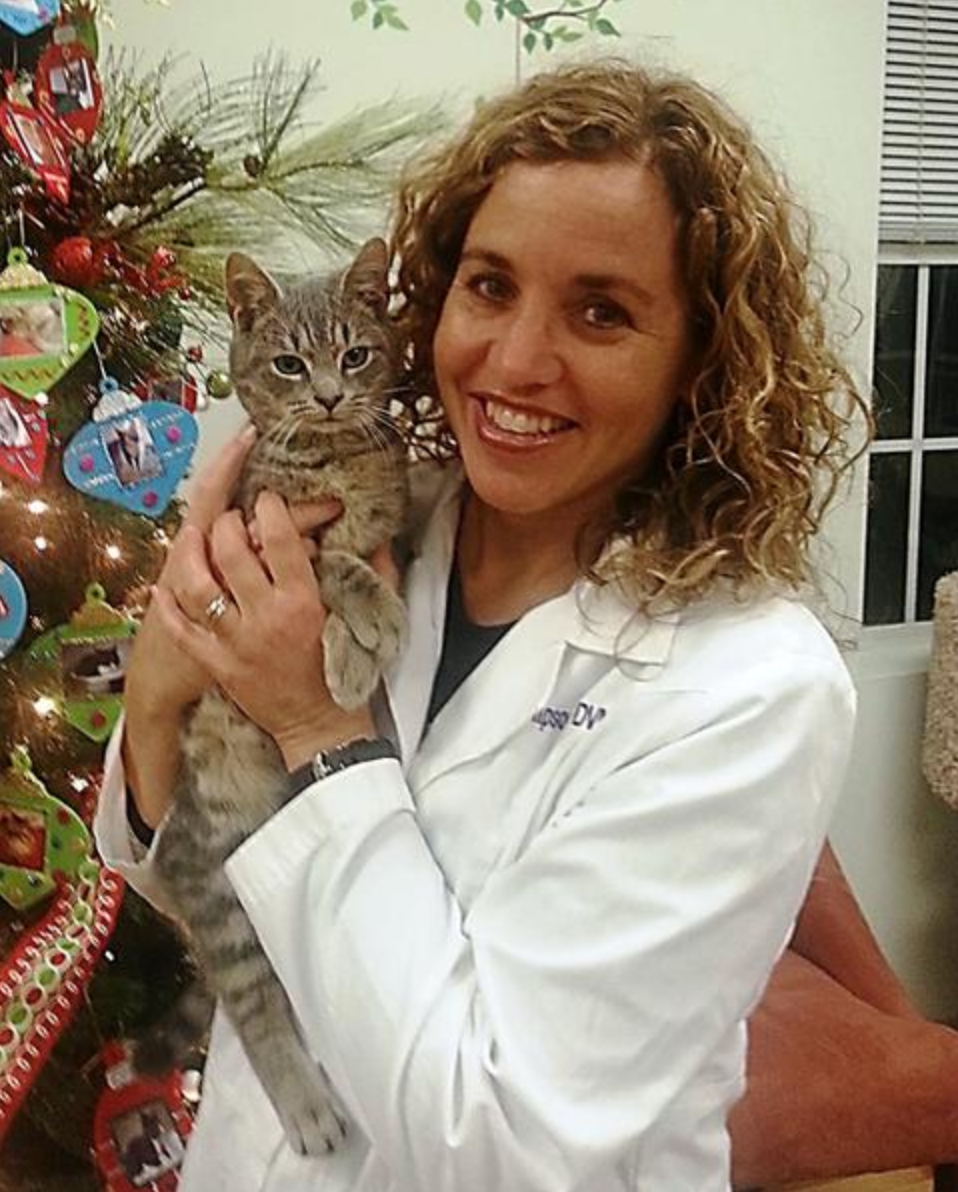 Dr. Wendy Simpson is the owner and primary veterinarian of Morrisville Cat Hospital in Morrisville, NC. She has been a feline practitioner since 1997. She received her bachelor’s degree in Animal Science from Virginia Tech. In 1995, Dr. Simpson graduated from North Carolina State University with a Doctorate in Veterinary Medicine and then she completed an internship at Auburn University in small animal medicine and surgery. Following the internship, Dr. Simpson worked in mixed small animal practice for one year before entering feline only practice.

Dr. Simpson is a passionate feline practitioner who feels that there is a much better way of handling cats in a veterinary setting. Her clinic is certified by the AAFP as a Gold Level Cat Friendly Practice. She is an adjunct assistant professor at NCSU College of Veterinary Medicine and regularly lectures on feline-friendly handling techniques to students. Dr. Simpson has also given lectures to veterinary technicians and she has been an invited speaker at the North Carolina Veterinary Conference. Dr. Simpson is dedicated to providing compassionate and gentle handling techniques which she believes have resulted in better veterinary care for her patients.

Dr. Simpson is also very passionate about feline pain management. She has been involved in many studies on feline osteoarthritis with the Integrated Pain Management Service at NCSU and has coauthored several papers. Dr. Simpson also made significant authorship contributions to the AAHA Pain Management Guidelines that will be released later this year.

Dr. Simpson is married to Dr. Mat Gerard, a large animal surgeon and anatomy instructor at NCSU College of Veterinary Medicine. They have two elderly cats and two feral outside cats that are part of the family. In her spare time, she enjoys traveling, sailing, and cooking!!!

Dr. Kim Camacho grew up in Hillsborough, N.C. and is proud to call herself a native North Carolinian. She attended Texas A & M University for her undergraduate degree in marine biology, then returned to the state and graduated in 1993 from NCSU College of Veterinary Medicine. She worked full time in small animal practice until 2001 . She has worked part-time for the Morrisville Cat Hospital since 2006. Her areas of interest are preventative medicine and helping meet the needs of cats as they age. She is married to Dr. Mark Camacho, a veterinary epidemiologist. They have 3 children (which is why she only works part-time!) Carson, Dallas and Race. The other babies at home are 2 cats, Cowboy ( pictured) and McTavish, a dog named Spud and Atlantis, a beta fish. She loves the beach, going to the movies, working in the yard, and has recently taken up tennis 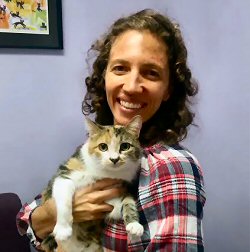 Dr. Kim Hosking grew up in a suburb of Chicago. She attended Indiana University where she received a B.S. in Biology. After moving to New York City for 2 years, she travelled from the “big apple” to the “little apple” of Manhattan, KS to attend Kansas State University College of Veterinary Medicine. She graduated in 2011 with DVM and MS degree. She completed an internship at the Veterinary Specialty Hospital of the Carolinas in small animal medicine and surgery and stayed on as an ER doctor at there until late 2013. She has worked part-time for the Morrisville Cat Hospital since. She is also a certified canine rehabilitation therapist (CCRT) and has her own business called ‘Active Paws.’ She is married to Nick, who is a high school social studies teacher at Millbrook High School. They have 3 kids, Evelyn, Claire and Locke. Their other babies include 3 cats, Harley, Amstel and Gus and 2 dogs, Sierra and Nevada. She loves the outdoors, endurance racing and spending time with her family.