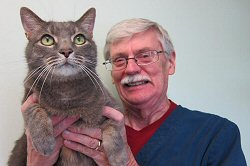 Jack has been with MCH since 2009. After retiring from a career in Human Resources management for a large US government contractor, Jack decided he would like to do something with his life-long wish to work with animals. When he and his wife Janice moved to North Carolina from Massachusetts, he opened a small dog-walking and pet-sitting business in Fuquay-Varina. His love of cats also led him to come to work at MCH. At home Jack has a cat named “Finnegan” and he enjoys working with all of the cats here. When he’s not working with animals, Jack is also busy with his family and their five grandchildren. 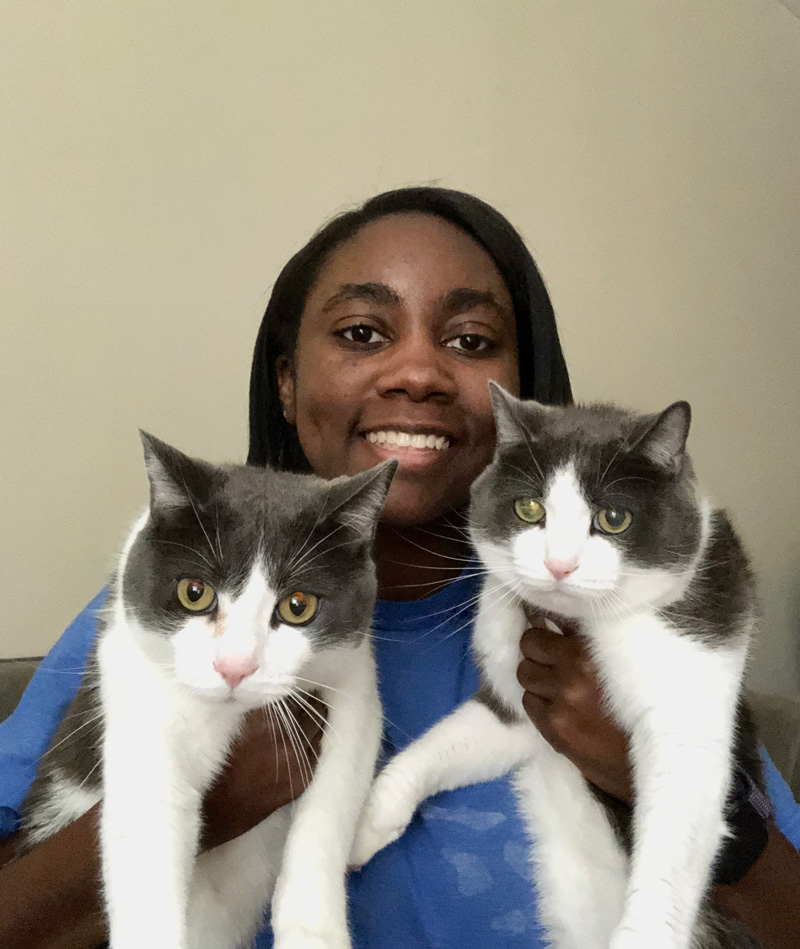 Kamya is currently a undergraduate student at NC State pursuing her degree in animal science with a veterinary concentration. She is also going after a minor in microbiology because she has a large interest in that field as well. She loves all types of animals including her favorites: dairy cattle, cats, and dogs. When she first came to work for Morrisville Cat Hospital she had no feline experience except for her own two cats, but now she loves getting to see all the cute patients everyday. In her free time, she loves being outside, reading, and being with her cats named Peanut Butter and Jelly. 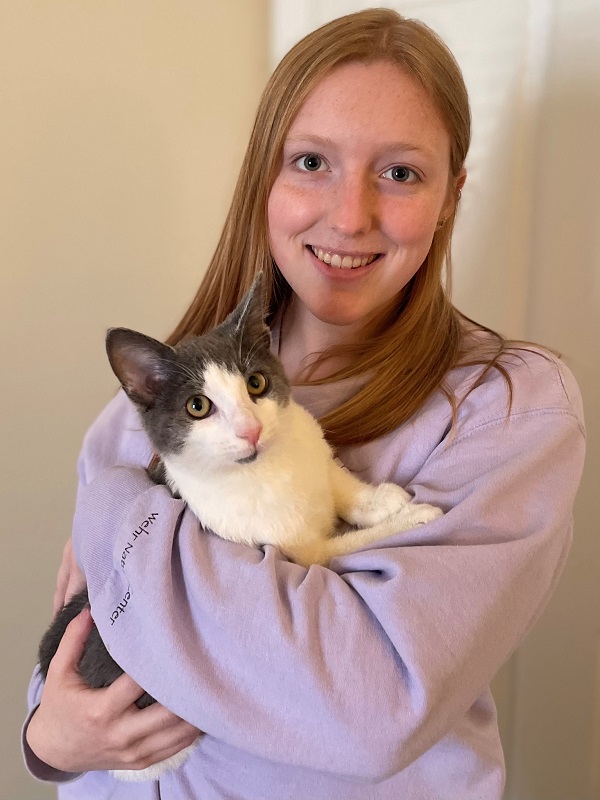 Hannah is currently pursuing a biology major with a chemistry minor at UNC. Her interest in cellular and developmental biology and her love for animals led her to the field of veterinary medicine. She eventually hopes to go to vet school! In her free time she enjoys painting animals and landscapes, batik, and volunteering as a research assistant in a lab that studies frogs. Hannah grew up with two cats named Pumpkin and Cricket, and although she does not have any cats of her own (yet), she loves meeting all the feline friends who come to MCH! 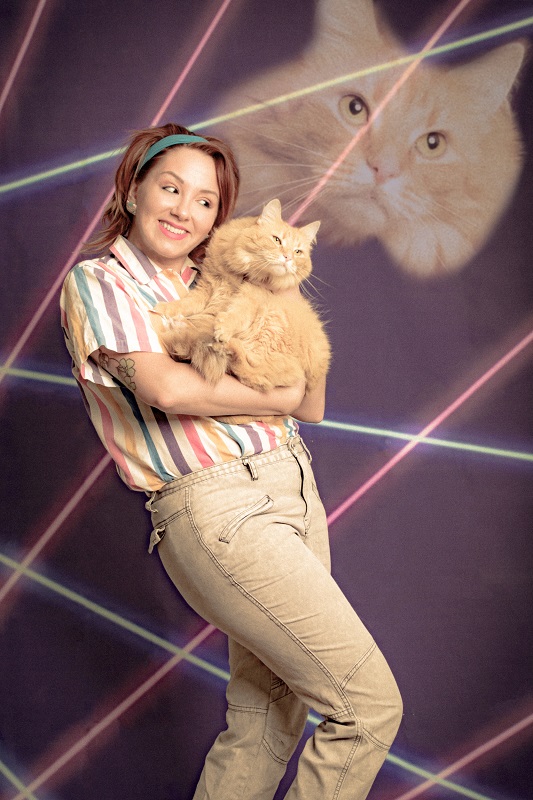 Danielle’s life goal has always been to be surrounded by cats. She happily accepted a part-time position at MCH in January 2022. She’s also working towards an AAS degree in Veterinary Technology to become an RVT. She earned a B.A. in English & Mass Communications in 2011. Danielle entered the field of veterinary medicine as a receptionist at a pet hospital in 2012 while living in San Diego. After becoming lead receptionist and beginning training as a vet assistant, she realized her calling was to work specifically with cats. From there, she worked at the San Diego Humane Society’s kitten nursery, where she was a caregiver bottle feeding orphaned neonatal kittens. Danielle and her family moved to North Carolina in 2019. She began working as a surgical assistant in a high-volume spay/neuter clinic, where she first learned Fear Free handling techniques for felines. She plans to become Fear Free Certified and looks forward to being a registered technician at MCH! Danielle lives with her husband, 5-year-old daughter, and 3 cats (Taji, Onyx, & Keoki). In her spare time, she enjoys thrifting, home improvement projects, and sleeping.